“Red Lake Gold is the largest owner of mineral claims in the emerging Dixie/LP Fault exploration district. Our initial focus related to securing our property position and now it is time for our company to move into the active exploration phase of our Whirlwind Jack Gold Project, a project that has seen no structured exploration in more than a generation. Deploying geologists into the field marks an important transition point for Red Lake Gold from not only owning highly prospective tenure but also beginning to advance and explore that ground. The potential for discovery is now ahead of us and we look forward to making additional exploration program announcements in the near future,” stated Ryan Kalt, Chief Executive Officer of the Corporation.

Of importance, the tenure now consolidated by Red Lake Gold into the Whirlwind Jack Gold Project has altogether received negligible historical drilling, as well as no systematic exploration of any form in over 35 years.

The Corporation is of the view that the recently identified LP Fault structure extends onto its Whirlwind Jack Gold Project and that it may be important to potential gold mineralization at a district-scale level.

The phase 1 field program will, among other objectives, prospect and map multiple target areas which the company has pre-identified from ongoing research as potentially intersecting the interpreted strike-extent of the LP Fault structure and areas of potential outcrop (which are more prevalent on the project based on historic government mapping and prior industry work than at adjoining projects). The focus of the current program is associated with the eastern portion of the Whirlwind Jack Gold Project. 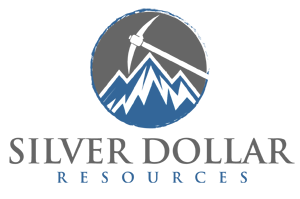 Immersed in the Canadian junior exploration sector since 2005